"Being “old” as a company does not mean you are rusty: it means that you have been innovative and adaptive enough to still be here."

About three months ago I started my journey as a growth hacker. A job title that sounds so hip and innovative, I wasn’t expecting to end up anywhere other than at a start-up with a clever pun for a name or a huge visionary multinational selling electric cars and space rockets.

Instead, I landed with my current job at Basic Orange. A small to midsize Dutch IT and communications agency with a basic name, a solid reputation and a long history. Most of my coworkers are older than twenty- or thirtysomething. We take the bike to work and eat simple cheese sandwiches for lunch. We work for some big clients, but do not like to brag about it. Was this seemingly average company where I was going to find innovation?

As it turns out, yes it was.

In a casual chat on a Monday morning my boss Maarten tells me the funny story of how he and some friends originally founded the company on the idea of selling music CDs through a vending machine (for the Dutchies: a “FEBO-muur” for CDs). Definitely an original idea, but maybe not exactly something people need, they quickly realised.

The year is 1995 and a big change is taking place in the world: the internet is slowly making its way into people’s lives. And thus a business pivot is made. As Maarten and his friends have been getting into coding in their free time, they decide they won’t sell CDs through a machine but on Holland’s first online music CD store. 35 guilders per CD, three long weeks of delivery time, sounds great, doesn’t it?

Maybe not by today’s standards, but in 1995 the website does not go unnoticed. Website building skills are in short supply. Before long another pivot is made and Basic Orange turns into a web development agency. And this is only the start. In the years to come the company kills its darlings and discards old ways, but also adds new services such as the development of website strategies, personas and most recently online personalisation and optimisation.

We often seem to think innovation is about inventing new and exciting products, but forget that it is also about implementing new ideas to better fit current market needs. New processes and services are just as important as new products. So how does my company do it? 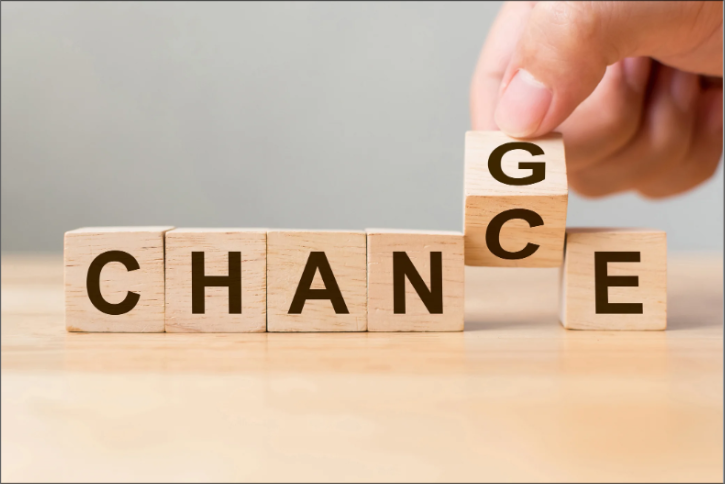 Innovation is about anticipating change
When I ask my coworkers what innovation means to them, they mostly give me nice sounding synonyms such as ‘renewal’, ‘progress’ and ‘improvement’. We also see ‘technology’ and some technological advancements such as the ‘holo lens’ and the ‘USB pet rock’ (brilliant, look it up). Of course also ‘Tesla’ and ‘Google’ are mentioned.

I ask Maarten why he thinks it’s usually things like this that spring to mind and he tells me about a presentation he’s seen at an event. “Did you know that of the 500 biggest companies of the 1950s, only about 10% still exist today? What’s the reason for that? Everyone shouts it has to do with new technologies, think of Uber and Airbnb, but I think the speaker at this event made an important point. Because of these 500 companies about half already ceased existing in the 1980s. We didn’t have our modern technologies then. So it’s not necessarily about new technology.”

“For Uber it’s not the app that makes them innovative. The innovation is in examining: what are the factors that make it unfavourable to take a taxi? You don’t know how much it will cost, what time you’ll arrive, who’s will drive you… These are the problems that Uber has solved and that’s what has made them big. Technology is merely a tool. It’s the anticipating of the world today that is the real innovation.” 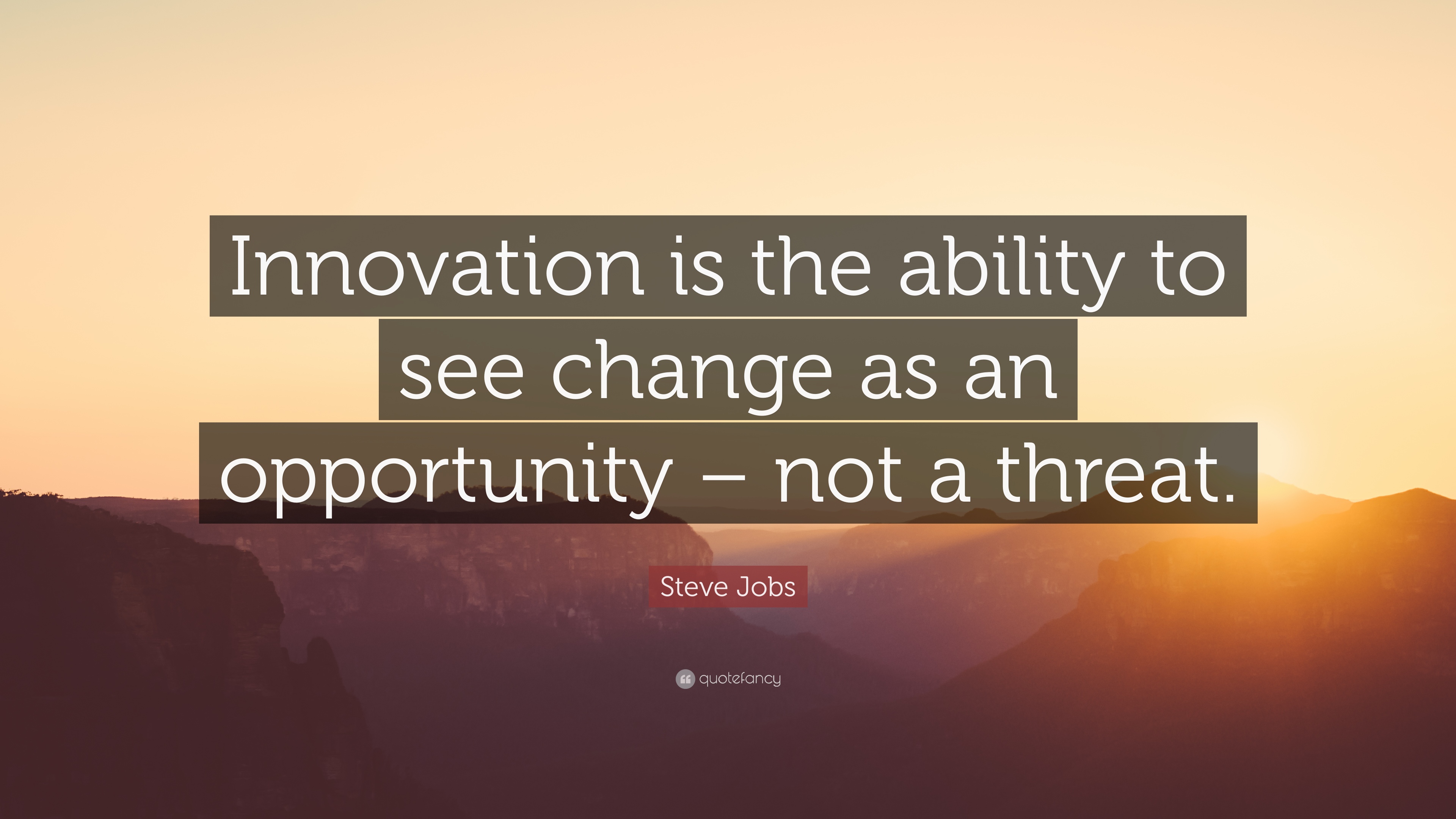 You will fail sometimes (and learn from it!)
Innovation is a continuous process. No matter how big or small your company is, if it survives long enough, it will inevitably see some breaking points. (Or the other way around: because of these breaking points, the company will survive.) And yes, you will also see failures.

Sometimes you learn the hard way, like my company did about six years ago. Having grown from the static HTMLs of the 90s to a selfmade Content Management System and mailsystem, it was a tough decision to let these systems go when new open source systems were introduced.

“For me this was a very important moment”, Maarten tells me. “One of our larger customers had about 100.000 newsletter subscribers, but our application could only deal with 10.000 at a time. That meant they had to send all their mailings in blocks of 10.000, even though there was already software on the market that would have been capable of doing it. Eventually the customer left us. Only much later did that make me realise I had to make a choice.”

“With all those other products on the market, I thought: what are we doing here? If I stick to this, the competition will overtake us. That’s when I said we would use available open source if it was better, so that we could focus on creating value in the strategic department as a communications agency.”

“We still develop websites, but for web development only you no longer necessarily have to be in Holland. It can be done in India too, and cheaper. Whilst we are here, in the heart of Amsterdam. We know the Dutch culture. We can help develop online strategies, personas and customer journeys, which can’t be done from India. We will not have been the first to switch to being a communications agency, but at least we foresaw this step in time.”

“We are talking about very strategical changes here. It’s interesting to see how these big changes seem to be following more rapidly now. Our first step, using our own software was quite long: from the mid 90s till 2012. Two years ago, related to our strategical services, I stumbled upon online personalisation. Two programmers from Rotterdam had developed a plug-in, which they sold to agencies like ours, but they did not provide any assistance in working with the plug-in.”

“I realised that this lack of service was exactly the problem. It’s not just about the tool, it’s about how to use it too. In this case it’s about building personas and effectively mapping your content to them. We have both the technical and the strategical know how. So I ended up buying their plug-in. I immediately felt it could be something to distinguish ourselves from other agencies. Our first big change was purely about survival, but here we took it a step further: I think we saw this trend in time and might even be taking the lead now.”

The pitfalls of change
It’s true, a lot of exciting things seem to be happening at my new job. The online personalisation tool is about to be launched and meanwhile we are working on setting up an optimisation/growth hacking programme. All very cool, but I do wonder: is it risky too to be focusing on these new services branches so much?

“It can also be a disadvantage”, Maarten says. “We are in a transition fase. Most of our revenue still comes from developing websites, but right now I have fewer sales propositions for that going on than I usually would. That could be a pitfall. If I focus on new ideas too much, it might be too late to fall back on my largest source of income.”

“Although, of course the web development teams are innovating too. That hasn’t come to a halt. To deliver a quality product you must have the know how. That foundation of experience and knowledge is very important. I think that should be about 75 or 80 percent. If not, you are basically a start-up again and not really thinking about the long term. And that is precisely what I ám trying to do here.”

I’m a survivor, I’m not gon’ give up
We’re almost at the end of our (not so casual after all) talk when Maarten surprises me with a fun fact. “Did you know I recently found out we are the oldest web agency in the Netherlands that is still owned by the original founder? Most aren’t there anymore, or have merged… I found out by chance as I was browsing the website of one of our competitor’s from long ago. It said “since 1996” and we’re “since 1995”. I might be off a couple of months, but I feel fairly confident to claim this, haha. If there are older web agencies, I would love to know!”

“The most important condition for innovation is acknowledging that it is about survival. If you do not innovate, well, look at that list of what’s left of the biggest companies in the fifties…”

Innovate to survive. A very true statement, and yet a bit of an eyeopener for my millennial eyes. Being “old” as a company does not mean you are rusty: it means that you have been innovative and adaptive enough to still be here. You don’t have to be a small start-up with clever wordplay for a name to be innovative, or a large multinational such as Tesla, Google or Apple. Just be a Basic Orange instead.

(Sorry, I couldn’t stay away from the wordplay either.)